Two in One: functional plus OO-programming in Scala 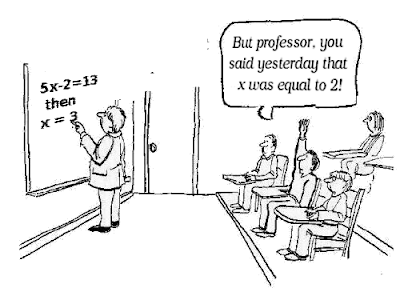 I believe in the functional first approach to teach computer programming to computer scientists. This means that students start with a functional programming language before programming in an imperative object-oriented style.

From 1998-2001 I was involved in such a course to first year students of TU Graz. We started with SML in the first half-year  and then switched to Java. All this could now be done in the programming language Scala that combines the pros of both programming paradigms.

I recommend to take a closer look at Scala. It might be the Java of the future. Scala combines features of both worlds. The most prominent features I've missed so long in OO languages are there:
However, it is far from being un-orthodox with OO features like:
The power this combination of paradigms brings cannot be underestimated: Scala's control structures can be extended in the language itself. Hence, it is possible to write domain specific commands. An example is Scala's support for the Actor communication model known from Erlang. It has been defined purely in Scala and is included as a library. Voila! Parallel programming with Actors on the JVM.  Use the summer break to dive into Scala! Fun included.
Eingestellt von Cavaliere