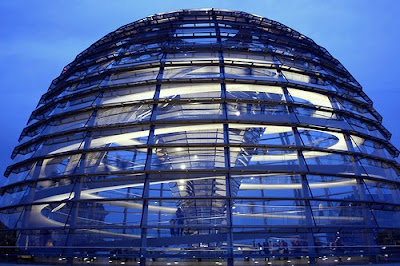 Photo: alles-schlumpf
I have been invited to lecture on the upcoming SYANCO Winter School in Berlin.

The International Winter School on Synthesis and Analysis of Component Connectors is taking place from 8 till the 12 of February 2010 at Park Inn Berlin-Alexanderplatz, Berlin, Germany. It is jointly organized by Coordination Languages Research Group (SEN3), Centrum Wiskunde & Informatica (CWI), the Netherlands and Faculty of Computer Science, TU Dresden, Germany.

I will give a two hours lecture on Model-based Mutation Testing: Foundations and Applications. This lecture gives an introduction to mutation testing on the modelling level.

The original idea of mutation testing on the source-code level goes back to the late 1970s and works as follows: The tester injects faults into a program under test, by deliberately changing its source code. This faulty versions of the program are called mutants. Then, test cases are executed on these mutants. If all the faults are detected, the set of test cases can be considered adequate. If the tests fail this quality assessment, then additional test cases should be designed until all faults are detected. The assumption is that other faults in the original program can be caught as well, if it is able to detect the injected faults. We show how this technique can be applied in model-based testing. The idea is to automatically generate test cases from mutated formal models. The test cases are designed to detect those bugs in a system under test that have been anticipated on the modelling level. In the course we will present (1) the general theory behind our technique, based on program semantics and refinement preorders, (2) map the theory to different modelling styles, including contracts and process algebras, and (3) discuss the model-based mutation testing of protocols and embedded systems.